Mother Nature taunted us with a little rain on the first few mornings of Merlefest 2021, but by the afternoon, skies cleared and the sound of guitars, mandolins, and sweet singing filled the air. 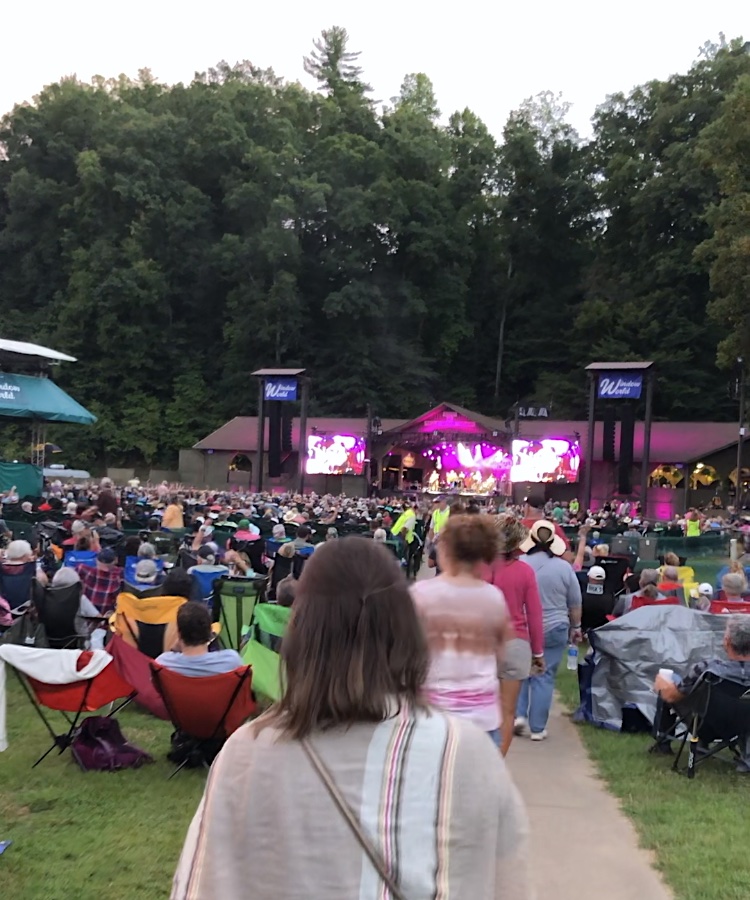 While a few ShopBot employees have attended this famous music festival in past years, 2021 marks Shopbot’s first year as a sponsor and exhibitor in the Expo Tent. Our centerpiece was the Desktop MAX tool on a ShopBot CNC-made cart. Samples on our tables (also made with the help of ShopBot tools) consisted of items like small guitar fretboards, acoustic guitar sound hole art, 3D carvings made on the rotary indexer, radiused sanding blocks, and lap steel guitars made by ShopBot’s Bill Young. Plans for building your own lap steel guitars are slated to be available later this year. Bill will also join Stuart Kent, at NC Furniture School, to host a lap steel guitar building class on November 11th and 12th of this year, if you’re interested! 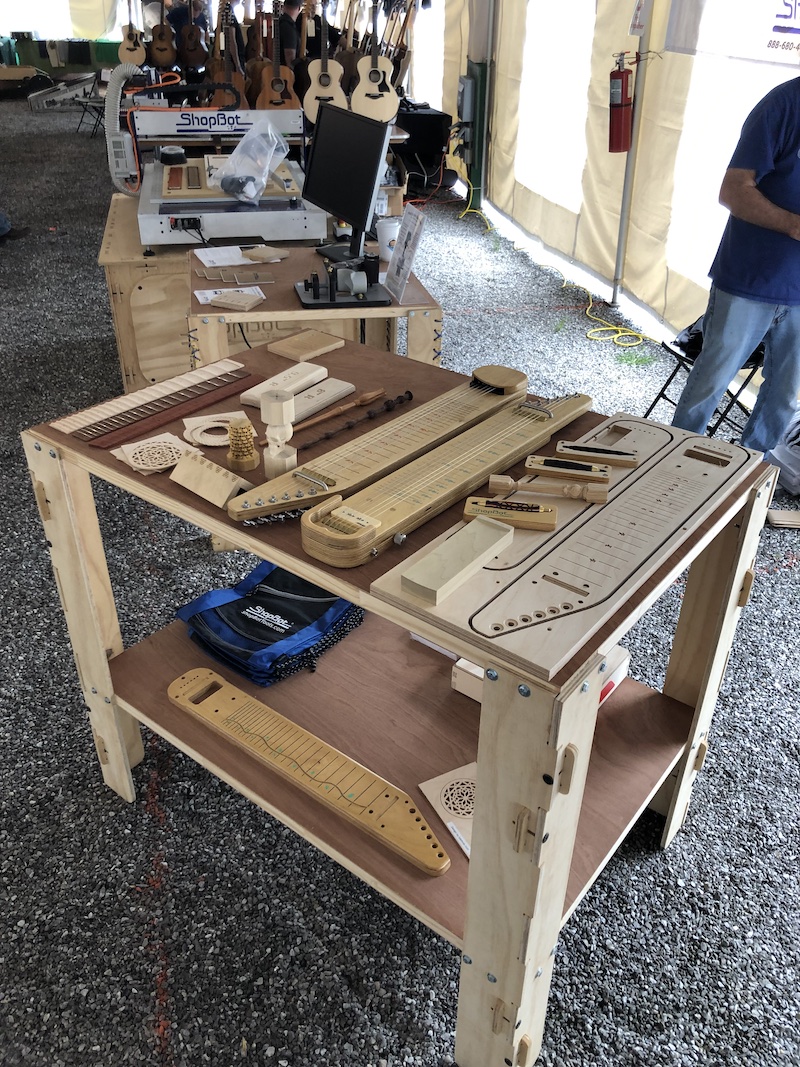 We set up our CNC tool to “air cut”, which means we ran the tool to follow the project’s tool path slightly higher than the material on the spoil board to demonstrate the tool functionality without cutting, making much noise, or producing dust. 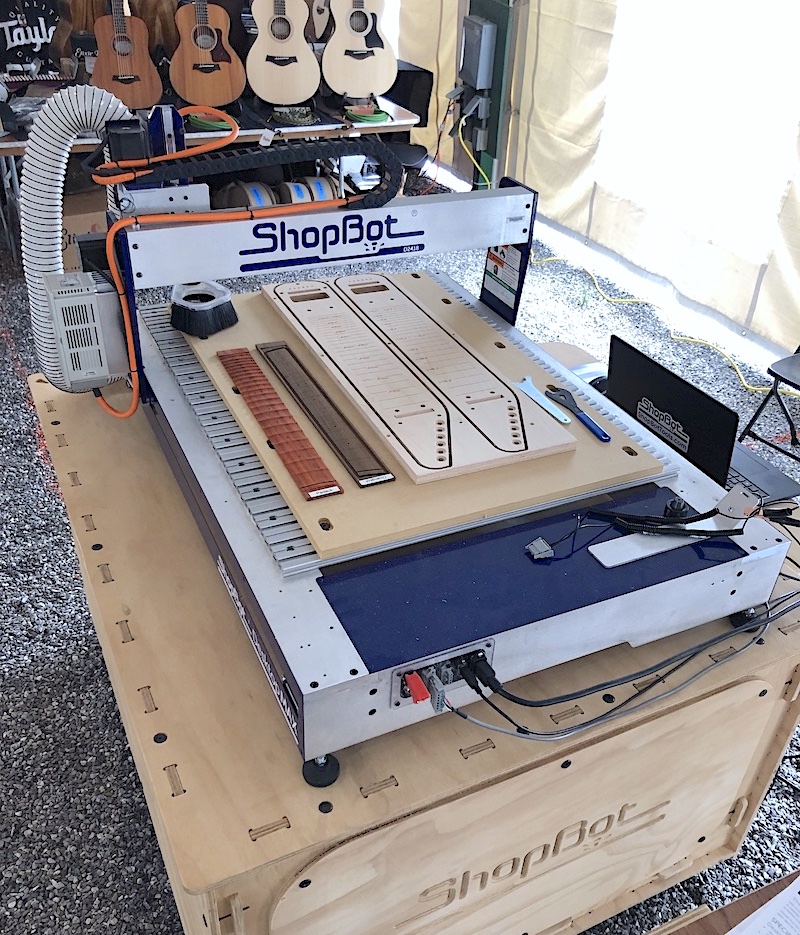 While the guitar luthiers in attendance were familiar with the type of tool we had on display, most concertgoers had never seen a CNC tool in person. Even many of those who were familiar with CNC technology didn’t realize that ShopBot is based only a few hours drive from the festival, in Durham, North Carolina. When given the opportunity to describe a bit about what everyone was looking at, expressions of confusion turned to intrigue as people moved closer to the CNC machine that was making soft robotic sounds, dipping down and up as it followed the scalloped fretboard tool path. We had a good time chatting with interested concertgoers and professional luthiers, alike!

Between conversations with interested parties, we explored the festival grounds, enjoyed live music in the evenings, and ate plenty o’ southern comfort food. Overall, a fun and successful outing for the ShopBot crew!