ShopBot CNC tools are in educational facilities all over the world, everywhere from Fab Labs to woodshops, to theater programs and engineering departments. We recently came across a conversation on the CNC Entrepreneurs Facebook group where one Bryan Seward, Head of Wood, Design, and Technology at SUN Area Technical Institute, was singing our praises. After opening a direct dialogue with Bryan via email, we knew for certain that we wanted to speak with him and that his story would be one that a new generation of designers and CNC professionals would appreciate. 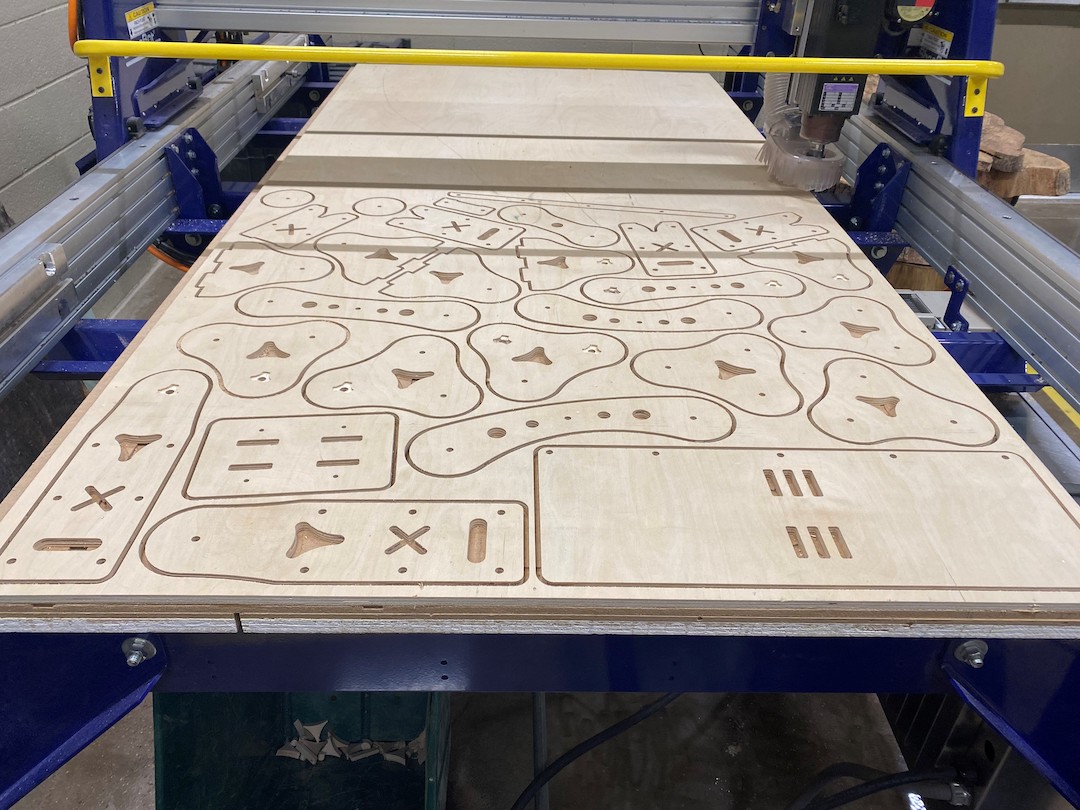 Bryan comes from a family of woodworkers. As early as he can remember, he was in the shop with his dad which led to working with him in his teenage years, building and remodeling homes. Although he entered the electrical program at SUN Area Technical Institute during his senior year of high school, Bryan kept woodworking on his mind. Bryan has always used spare time for personal projects, utilizing tools at a friend’s woodshop for many years. After Bryan’s short stint working in landscape architecture, the same friend offered him a job to work with him on multi-million-dollar homes, which he took him up on and stuck with for about five years, leading up to his current teaching position at the same school he went to for electrical studies, SUN Tech. It was there that ShopBot CNC tools would become a big part of his life.

“When I started teaching at SUN Tech, I saw they had this CNC, and I had no clue how to even turn it on. They had upgraded to a ShopBot a year or two before I started. The previous teacher didn’t take the time to get into it, but thankfully a student of his did! The student had begged him to use it and he simply handed him the books and said, ‘Here ya go. Figure it out.’ It turned out that the student was incredibly talented. He ended up going to luthier school, making guitars. He had made an upright bass on the ShopBot before I started teaching there—so he was my initial resource. I called him and he came back to give me a crash course on how to just do the basics; Find the bits [in VCarve], set-up a toolpath, operate VCarve Pro, run the machine, warm it up, and everything. From there I simply worked with the machine on my own to learn and I watched CNC videos on YouTube.”

“Learn as you go” was the name of the game when Bryan first started teaching CNC technology as part of his woodshop course. It didn’t take long before ShopBot CNC training was his favorite aspect of the curriculum.

SUN Tech has an impressive amount of ShopBot CNC tools: Three HandiBots, a Desktop, and a full size PRSalpha ATC with rotary indexer and vacuum hold-down system. “Between using each different machine, it all comes back to VCarve. It has all tied together for me in the last five years with students that challenge themselves with what they want to do. And that challenges me! I still don’t know how to do everything. That’s kind of how I got to today, you could say.”

Bryan was in high school when the transition from physical drawing/drafting switched to CAD (Computer Aided Design) software as the new standard in design. His experience with plotters was key in understanding the X and Y axis components of CNC. SketchUp was the first design software Bryan learned and used professionally during his years as a landscape architect. “If you can show a customer what they’re going to get in the end, and they can see a picture of it, it means the world to them. My students learn SketchUp with me and the best part is SketchUp works hand-in-hand with VCarve.”

We asked Bryan if he has ever sought out advice from ShopBot Tech Support or Sales and here’s what he had to say: “Those guys! I’ll tell you what. I can’t thank them enough. I can’t afford down time. If between Wednesday and Thursday something changed or doesn’t want to work anymore, they get me back up and running in minutes. That’s made my day. The fact that Tech Support can get me back up and running during my class period makes me so happy because it keeps my day going smoothly. I’m super thankful. And I worked with Buddy Warner for the most recent tool purchase. I had no idea that certain options were available when we ordered the new PRSalpha ATC. Instead of getting one with 8 inches of (Z) clearance we got one with 14 inches, which may not sound like a lot to some people but to me that’s just awesome! Buddy really helped me get through a lot of [the ordering process]. He was incredibly helpful.”

“I get students every year that are amazing with CNC. Even though we have a lot of traditional sawmills and cabinet companies around here, every cabinet company seems to have a CNC. I want to get students into the high-tech CNC world and take that knowledge with them to get better careers. If I quit teaching tomorrow, I know for a fact I could make a living just running this machine.” 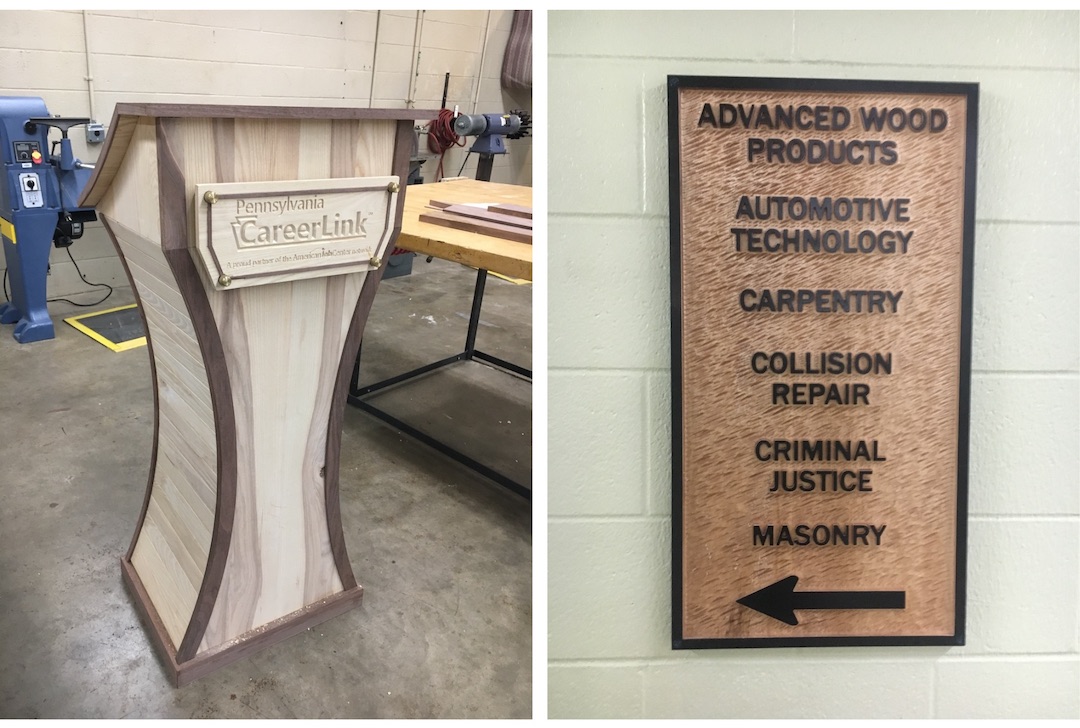 Podium and sign created with ShopBot CNC at SUN Tech

The future of small to mid-size manufacturing is about efficiency. Bryan has already started thinking about side projects that he can start later this year. “This summer I’d like to start meeting with contractors that I know and show them what can be done with CNC. Maybe take some samples around and say ‘Here’s what I can do and here’s the time frame it can be done in.’ I can design and make something that they may not be able to order easily, or when they see the cost of an item they want to order somewhere, I might be able to offer a better deal and customize it.”

And while we didn’t expect our conversation with Bryan to be all about using ShopBot CNC tools, it became clear at the end of our phone conversation that CNC is his main woodworking tool and technology of choice! We’re happy to hear ShopBot is a huge part of his life, and we can’t wait to see future projects from this dedicated educator and his students. More than anything, Bryan’s message is to open the doors to creativity and efficient manufacturing. Armed with this knowledge, students can unlock unique career opportunities in design and CNC technology.